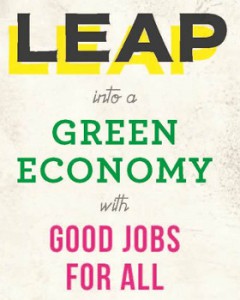 The Good Jobs for All Coalition will be hosting a City of Toronto Forum on Green Jobs. Participants will include the Canadian Federation of Students (Ontario), Professor Cheryl Teelucksingh, co-author of the 2016 report entitled “Building Toronto: Achieving Social Inclusion in Toronto’s Emerging Green Economy” for Metcalfe’s Green Prosperity series, and the Toronto-York Labour Council. The Toronto-York Labour Council will speak to its January 2016 “Labour and Climate Change Statement”, prepared following the Paris COP21, which calls on the City of Toronto to transform its approach to energy and the environment.