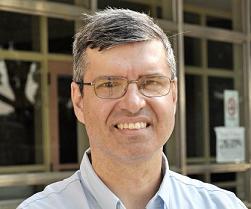 “For almost 10 years, I worked for various private cleaning contractors and saw up close the kind of cutthroat operations they ran. The pay was so low that I had to work three different jobs to make ends meet.

My fellow cleaners and I struggled very hard to try to unionize ourselves so that we could have a little bit of protection. It was really difficult because the employer tried various tactics to intimidate us. We won a first contract, which was a step in the right direction and gave us hope.

I am now working as a custodian at the school board. I have only one job and when I am done work, I can go home to my family without worrying about how to pay the bills. But there are still thousands of cleaners who are struggling in Toronto for better working conditions. They look to their counterparts in the public sector to raise the standards just a little bit. Unfortunately we have a Mayor who is trying to push hundreds of cleaners into that same situation. It just doesn’t make sense for our city.”