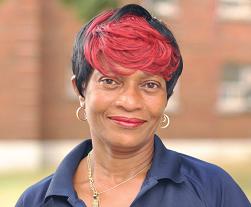 “For 20 years, I have been a Toronto housing cleaner. The residents here know me and I know my work makes a difference for them. Every morning, I come in and clean the grounds, the buildings, compact the garbage, hose the floor to clear maggots and bugs. It’s not pretty, and I am responsible for work that many people would just find really difficult to do. We get shots to prevent things like hepatitis because there is a real risk of getting sick. People need to understand that just because we pick up dirt doesn’t mean we should be treated like dirt. We deserve to be treated with dignity.

I feel bad for some of the cleaners that private contractors bring in while me or my colleagues are on vacation. They get really low pay for doing difficult work. It’s just not fair because all the money ends up in the contractor’s pockets when the cleaners are basically making minimum wage.”